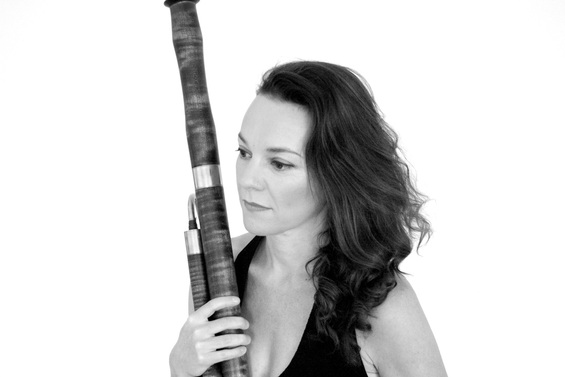 Lisa Goldberg did her graduate study at The Institute of the Arts (A.N.U.) with Richard McIntyre, she spent a few years freelancing with various orchestras around Australia including the Adelaide Symphony Orchestra, Canberra Symphony Orchestra, Sydney Symphony Orchestra and the Australian Opera and Ballet Orchestra. She also received some very influential masterclasses in the ANAM (Australian National Academy of Music) program during her studies.  She was introduced to the baroque and classical bassoons by the talented and inspiring Simon Rickard, and soon began performing with him in the Australian Brandenburg Orchestra and the Australian Chamber Orchestra.  In 2002  she travelled  to The Hague to undertake study on historical bassoons at the Koninklijk Conservatory with Donna Agrell with a grant from the Ian Potter Foundation. There she met many musicians, and had the opportunity of gaining experience as an orchestral and chamber musician.
She now performs regularly using many different instruments, from the renaissance, baroque, classical, and romantic periods. Lisa has worked with some fantastic directors and musicians including Lars Ulrik Mortenson, Philippe Herreweghe, Jos van Imerseel, Skip Sempe, Sigiswald Kuijken, Philippe Pierlot, Marcel Ponseele, Masaaki Suzuki, Ian Bostridge, Sonia Prina, Richard Egarr, Richard Tognetti, Paul Dombrecht, Erin Helyard, Antony Walker, Marc Minkowski, Paul McCreesh, Rene Jacobs and many others.  Lisa plays in the chamber ensembles Traffik Klassik and Winds Unlimited, and has performed as a soloist with the Belgian ensemble Les Muffatti.